Please, add your first item to the wishlist 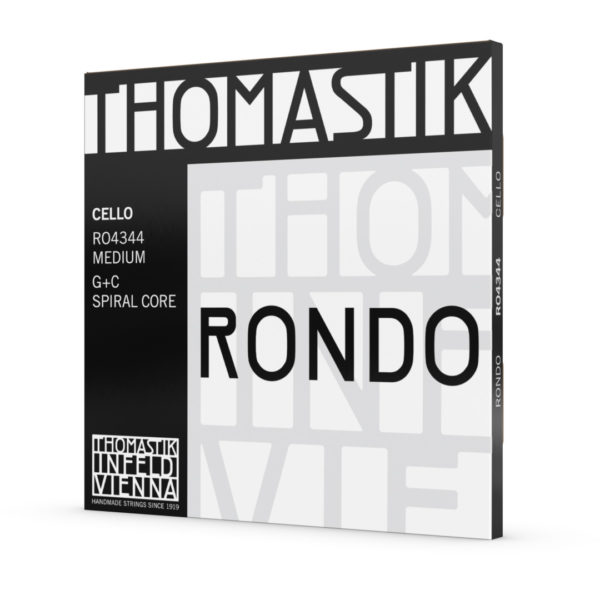 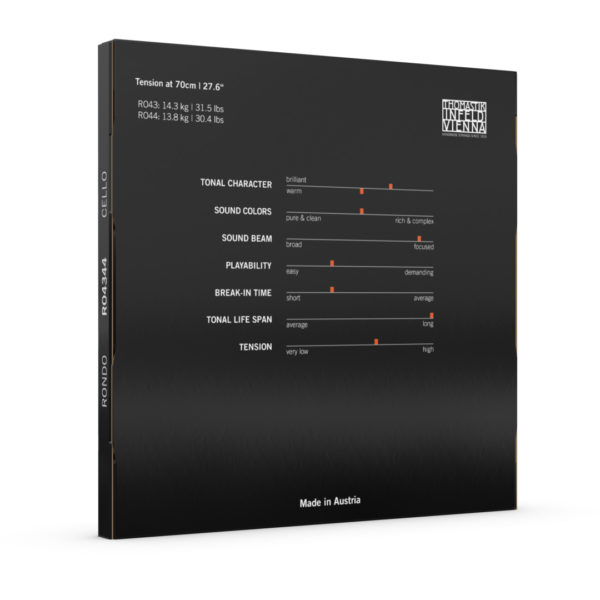 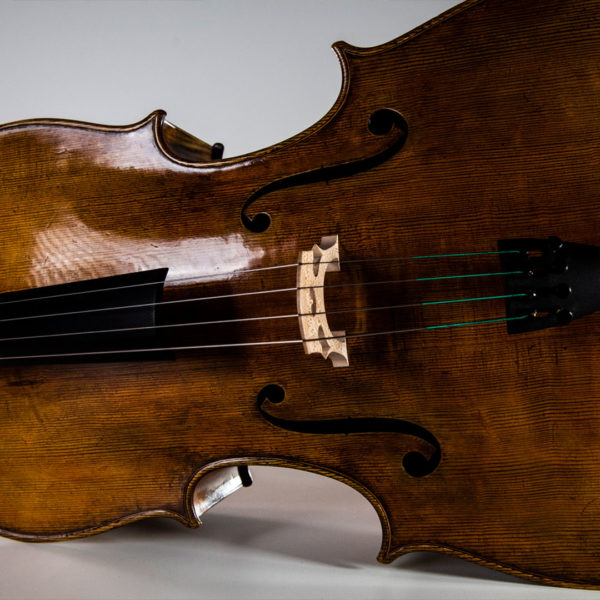 Professional players choose Rondo strings for their exceptionally deep and focused tonal intensity. A fast bow response supports their direct character at any dynamic level, while the strong focus offers a great projection of this rich and complex sound.

The RONDO set RO400 is appreciated by professional musicians due to its intense tonal depth and accurate bow response at a vast range of dynamic levels. The particular essence of the set RO400 is its innovative synthesis of a barrel-chested, velvet-like sound with the greatest possible “density” and a crystal-clear focus. By merging these qualities to a deep singing sound with a mature vocal character, it creates the widest range of sonic variations, a powerful presence at all dynamic levels and a new playing experience. The set impresses with its maximum resistance to bow pressure and immediate bow response at various bowing speeds, bow pressures and contact points. These strings tonally enrich both old and modern instruments with their intense depth, brilliant contour and sweetness – sound qualities mostly associated with “old Italian” instruments.

The set RO400 is perfectly balanced. Mixing it with different single strings can change its original character, which can be used to optimize its performance depending on your and your instrument’s needs.

With other Thomastik-Infeld products:

NO. VES41 | MULTIALLOY
When combined with three lower Rondo strings, the A-string VES41 adopts some of their qualities and sounds darker than in the full Versum Solo set. Compared to the A-string RO41, VES41 works on a lower tension level with a different string design, offering a broader character on most instruments. Especially when the cello’s A-string leans towards a bright and narrow tendency, using the combination with VES41 can be a great help.

VES42 | MULTIALLOY
To add more focus to the high register, we recommend using a combination of Versum Solo’s D-string VES42 and A-string VES41 with Rondo’s G-string RO43 and C-string RO44. Both the A+D as well as the G+C strings are available as twin sets (VES4142, RO4344). In this combination, more focus is added to the generally broader character of the Versum Solo’s A+D strings while making Rondo’s RO43 and RO44 slightly smoother and darker. Matching these four strings offers a resonant and warm sound, which allows especially the top strings to breathe and shine.

NO. S33 | TUNGSTEN
The tungsten-wound Spirocore C-string S33 is a globally respected reference string choice on the cello. Using this string in combination with the other three Rondo strings will give the set a more resonating and sparkling tone. The very powerful and brilliant C-string S33 itself becomes a bit darker while keeping its exceptionally crisp character. The upper strings, especially the A-string RO41, become inspired by S33 so as to increase their overtone spectrum and their sensitivity to bowing speed.

controls on the market

Subscribe to our newsletter and get 10% off you first order

By registering for the Thomastik-Infeld newsletter, you consent to the processing of your data. For details, please read our privacy policy. You can unsubscribe at any time.

You are now a gold member!

Here you can check your latest orders and reorder them.

Welcome to the Thomastik-Infeld string universe. We are happy that you let us be part of your musical journey.

Your benefits at a glance:

Hallo, the cart is waiting to be picked up ;)